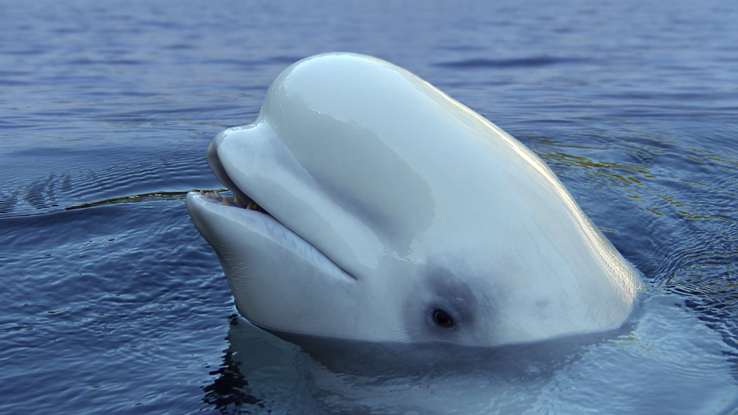 • Small, toothed whale, up to four metres in length and weighing about a tonne
• Pronounced “melon-head”; dorsal ridge rather than a true fin
• White skin as adult (soft grey when young)
• Very social animal that produces a wide range of complex sounds to communicate

• In summer, congregates in river estuaries and shallow bays to moult and calve
• They live in the open ocean in fall and winter
• Usually winters in seas off Baffin Island, mingling with other populations

The beluga population along the Ontario coastline of Hudson Bay is estimated at more than 7,000.