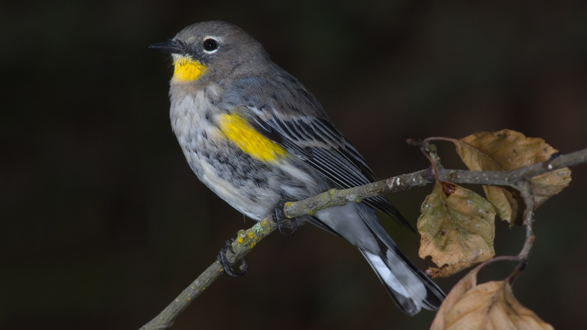 It seems we can add smaller birds to the growing list of impacts climate change is already having on the planet’s flora, fauna and habitats. A joint Swiss–U.S. study of nearly half-a-million birds, from more than 100 species, has found that birds are becoming lighter and developing smaller wings.

Based on a hunch, the researchers – Dr. Josh Van Buskirk of the University of Zurich, and Robert Mulvihill and Robert Leberman, both ornithologists working the Carnegie Museum of Natural History – analyzed nearly 50 years worth of data collected at a banding station at the Carnegie’s Powdermill Nature Reserve for changes in the size of birds caught in mist nets every year.

The hunch was based on a concept in the zoology world known as Bergmann’s rule that, basically, states that individual members of a species will tend to be larger in the northern (colder) extent of their range than those that live in more southerly (warmer) climates.

Given that, researchers wondered if there was a measurable difference in the size of birds as a result of the increasing global temperatures. Their tally showed that birds were in fact following Bergmann’s rule. Granted, the change isn’t particularly significant – on average, the birds’ total body mass declined by just over 1 percent – and the researchers say there’s no evidence to suggest they’re are harmed in any way, but it’s the latest report to look at comparable long-term figures and find evidence of numerous species evolving to adapt to changes in climate.

An earlier paper, Variable shifts in spring and autumn migration phenology in North American songbirds associated with climate change, co-authored by the trio using the same data set found that spring migrations of North American songbirds occurred “significantly earlier” over a 46-year-period, while fall migrations were relatively unchanged, leading to the conclusion that, “these results show that net effects of climate change on bird populations will be variable and difficult to predict.”

Difficult to predict, but increasingly, scientists are able to show the warnings about changes resulting from global warming are coming to fruition.