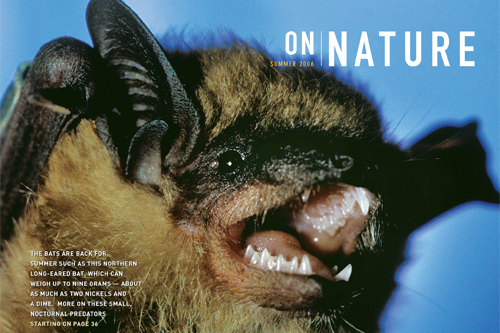 Children are the most at risk from pollutants. By Victoria Foote The province’s record on the boreal forest; urban sprawl plays leapfrog; First Nations ask for mining moratorium Drawing from his Ugandan heritage, Yuga Juma Onziga has created a global village in the heart of a big city by Allan Britnell Green roofs are sprouting […] 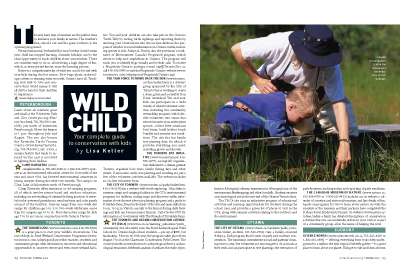 Your complete guide to conservation with kids By Lisa Keller   The lazy, hazy days of summer are the perfect time to immerse your family in nature. The weather’s fine, school’s out and the great outdoors is the optimal playground. Formal lessons may be finished for now, but that doesn’t mean your child has stopped […] 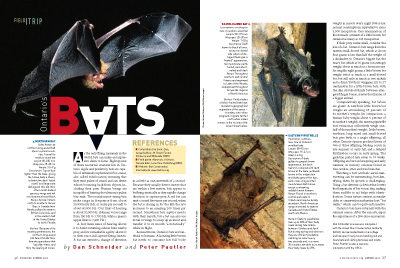 By Dan Schneider and Peter Pautler As the only flying mammals in the world, bats can make an impressive claim to fame. Eight species of these nocturnal creatures live in Ontario. Agile and predatory, bats are capable of extremely sophisticated bio-sonar, also called echolocation, meaning that they emit pulses of sound and can detect echoes […]