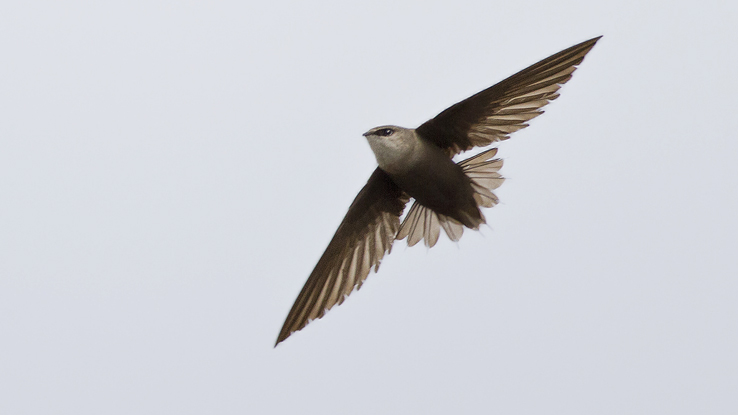 • Small, sooty brown bird, 12 to 14 centimetres long with long slender wings and light-coloured throat
• Distinguished by acrobatic and erratic flight pattern
• Catches its prey (insects) in flight
• Mostly found in urban areas where it nests in chimneys and other human-made structures

Canada’s chimney swift population has declined by 96 percent since 1968 and decreases in Ontario over the past decade are close to 20 percent of the population each year.