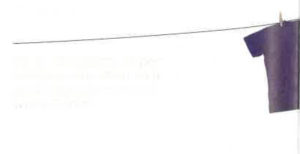 Although plastic degrades eventually, the process is an extremely lengthy one – the average bag takes roughly 400 years to biodegrade (See “Excess baggage,” page 46, Spring 2007). Undaunted, Burd figured that microorganisms must be responsible for breaking down plastic, so he set about finding the soil microbes that had the most voracious appetite for plastic.

Through trial and error, Burd identified optimal conditions – a high concentration of bacteria and a temperature of 37 C – that enabled him to reduce the volume of plastic in test flasks by 40 to 45 percent in six weeks. He estimates that an industrial-scale version of his experiment could break down plastic bags completely in about 12 weeks.

Burd’s finished project, “Plastic Not Fantastic,” won his school science fair competition and then the regional one before going national. At the Canada-Wide Science Fair in Ottawa last May, Burd won several awards, including Best of Fair, earning him nearly $60,000 in cash and scholarships – not to mention international media coverage. The scourge of the plastic bag may become a thing of the past.