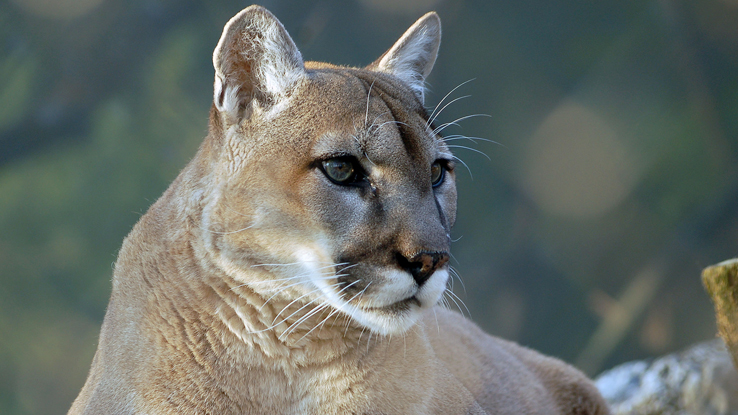 • Canada’s largest and most powerful wild cat
• Short brown, greyish or reddish fur with white belly and chest
• Can reach up to two metres in length and weigh over 60 kilograms
• Has a long, black-tipped tail, and black markings on muzzle and ears
• Lives in large, undisturbed forests or other natural areas with little human activity

• In Ontario, believed to live mostly in the north but also reported in southern Ontario

Early settlers hunted and trapped cougars extensively and by the late 1800s cougars were believed to be extirpated from much of their eastern range in Canada.