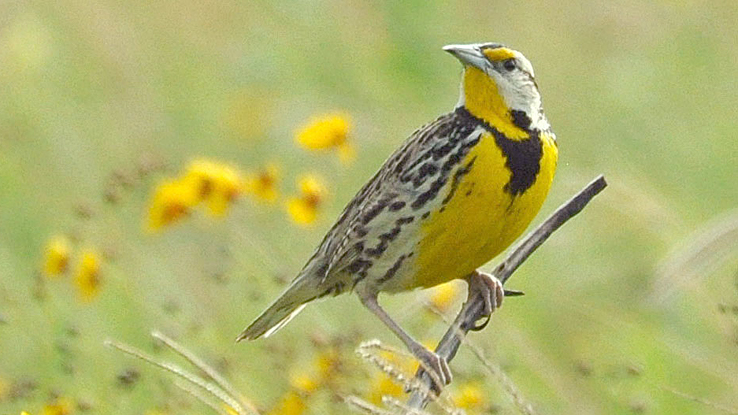 • In Ontario, primarily found south of the Canadian Shield but also inhabits Lake Nipissing and Lake of the Woods areas

The eastern meadowlark’s population in Ontario decreased by almost 65 percent during the past 40 years.