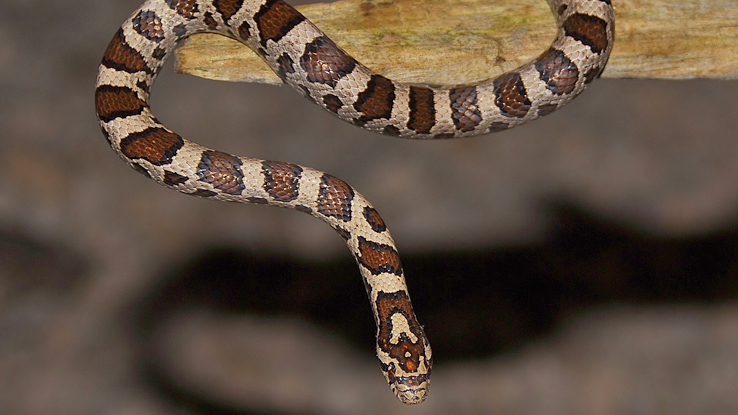 • Can be over one metre in length
• Distinctive blotches that are red with black borders on dorsal; black and white checkerboard pattern on bellies
• Not venomous

• Widespread throughout southern Ontario
• Can be found as far north as Lake Nipissing and Sault Ste. Marie

• Not protected under the Endangered Species Act, 2007 or under the Species at Risk Act,  2002

Although still relatively widespread in Ontario, the milksnake’s late maturation and low reproductive potential make it vulnerable to a variety of threats.