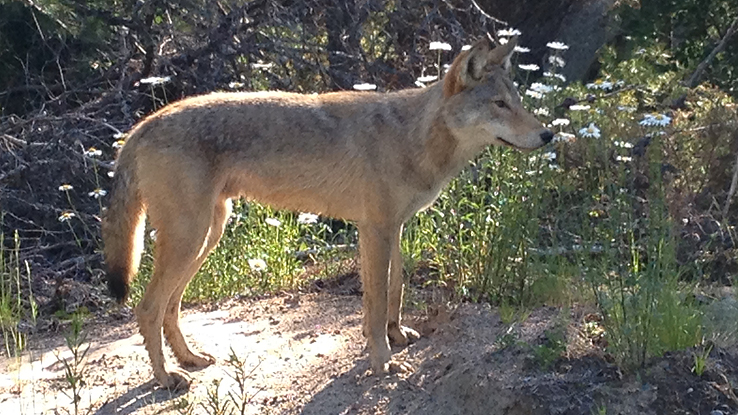 • Smaller than gray wolf; fawn-coloured with long black guard hairs on the back and sides; back of ears reddish
• Lives in packs of three to six adults, with home range as big as 50,000 hectares
• Preys mostly on deer and moose
• Population in Canada estimated at 2,000, about half in Ontario

• Found mainly in the Great Lakes and St. Lawrence regions of Quebec and Ontario

• No hunting and trapping in Algonquin and 10 surrounding townships
• Protected in Lake Superior Provincial Park, Chapleau Crown Game Preserve and Nipissing Crown Game Preserve
• Not protected under the Endangered Species Act, 2007 or under the Species at Risk Act, 2002

The current range of the eastern wolf represents only about 42 percent of its historic range in Canada.