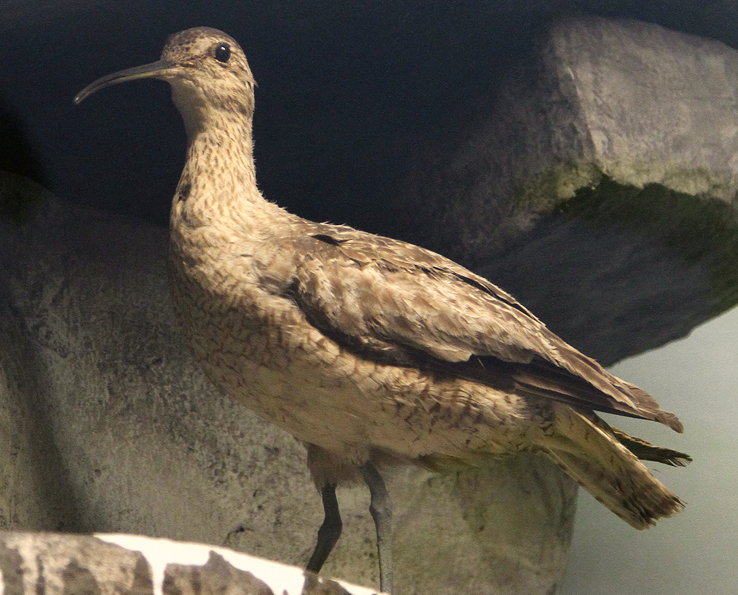 • May be extinct (no fully substantiated records since 1963, when a single bird was collected in Barbados)
• Passed through Ontario on migration between Northwest Territories and South America along the Hudson Bay and upper James Bay coasts

• Overhunting (primary cause of historic decline)
• Habitat loss and fragmentation

Once one of the most numerous birds in Canada, the Eskimo curlew may now be extinct.