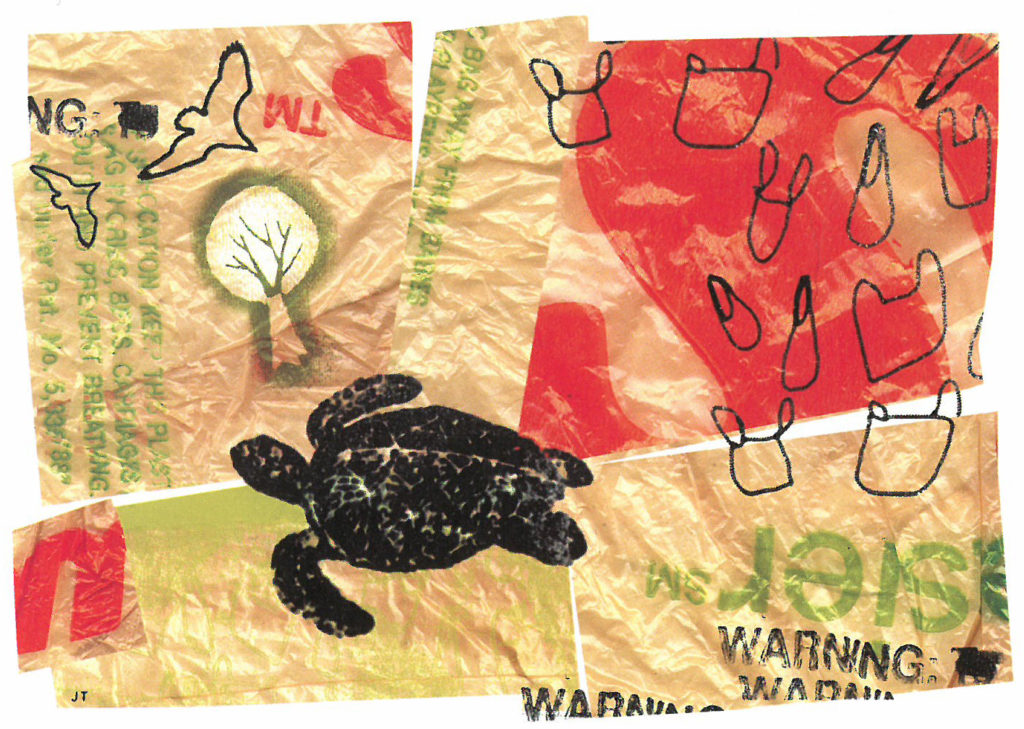 They clog our landfills, shorelines and closets. Time to ban the plastic bag

I’m at my local variety store buying a single pack of gum when I begin to suspect a conspiracy. How else to explain why my gum should be handed to me in a plastic grocery bag? Don’t these bags cost the stores money? Why can’t I ever convince a clerk that I don’t need or want one?

Despite being the type of guy who puts the gum in my pocket and hands the bag back to the cashier, a large cupboard in my kitchen is stuffed with nothing but plastic bags. No matter how conscientiously we refuse them or how creatively we reuse them, my wife and I cannot seem to get rid of these things as fast as we accumulate them.

Canadians take home more than 10 billion plastic bags every year. The environmental wreckage of simply producing them is staggering: plastics are made out of fossil fuels (natural gas and oil), which are extracted from the ground, refined into something called low-density polyethylene and then mixed with other additives, manufactured into bags and sent to stores. Every step of the process consumes energy and creates toxic by-products. Yet it’s when you leave the store with your plastic-bagged purchase that the true ecological menace begins.

We can’t incinerate bags without creating toxins, and low-density polyethylene is difficult to recycle (bags of different textures and thickness each have a different chemical makeup and can’t be mixed together in the recycling process). You can’t throw plastic bags into a blue box in most of Ontario.

So where do they end up? Many are stowed forever under my sink. Many more – 1 to 3 percent – wind up as litter on the street, caught in the branches of trees or clogging up drains and sewers. (Plastic bags in drains were a major factor in catastrophic floods that struck Bangladesh in 1988 and 1998.) The vast majority of plastic bags become liners for wastebaskets in the home, and eventually are placed at the curb to be shipped to the landfill. There, the average bag will take roughly

400 years to biodegrade. As it does, it releases toxins into the soil. Before it biodegrades, the bag blocks the supply of air and water to the underlying soil, slows the decomposition of the garbage in and under it and destabilizes the water table.

All kinds of wildlife mistake plastic bags for food, an error that leads to poisonings and death. The environmental group Planet Ark estimates that every year 100,000 whales, seals, turtles and other marine animals die as a result of ingesting plastic bags. Inland, farm animals and birds are known to often make the same deadly mistake.

The most astounding thing about all this is how utterly replaceable plastic bags are.

Recyclable, biodegradable paper could do the same job but would require cutting down a lot of trees. Simply replacing Canada’s annual plastic bag consumption with new paper would result in the logging of more than 14 million trees, and, while using recycled paper could slow deforestation, this material requires substantial energy in both transportation and processing and creates toxic emissions at every step of the way. A far better solution would be to use reusable cloth bags. Cloth is economical – the average Ontarian’s 200 plastic grocery bags per year cost stores about $10, while cloth bags retail for around $5 each – and virtually eliminates the burdens of landfill and recycling. We did fine without plastic bags before they appeared in the 1970s, and we could do fine without them again.

Short of banning plastic bags, other measures could stem the tide. Ireland imposed a tax equivalent to 25 cents per bag in 2002, which resulted in a 90 percent drop in the number of bags distributed (bonus: the money collected from the tax went to environmental initiatives). Voluntary measures taken by grocers in Australia have reduced the number of bags in circulation by 45 percent in two years. Force people to think about bags – and pay for them – and they naturally decide they have no need for them.

There are bigger environmental crimes than plastic bags, but few things are simultaneously as ubiquitous, harmful and easily replaced with sustainable alternatives. We in Ontario ought to look at banning plastic bags or taxing people who use them. Such measures will be good for the state of organization in my kitchen cupboards, and even better for our wildlife and our planet.

Edward Keenan writes regularly about urban issues, politics and culture. He is the city editor of Eye Weekly in Toronto.