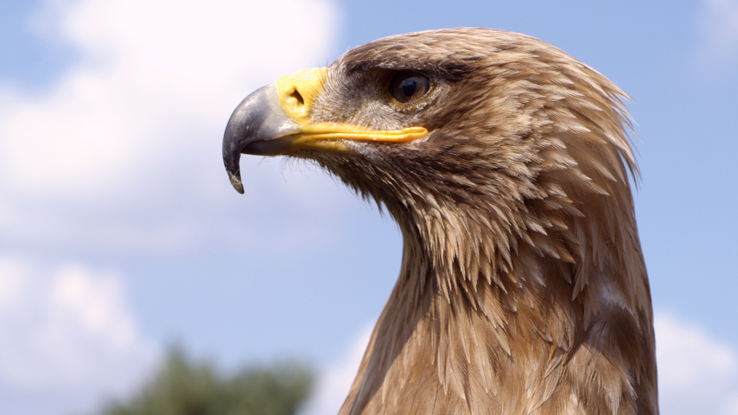 • One of the largest and most powerful birds of prey, weighing as much as
5.9 kilograms, with wingspan over two metres
• Golden-brown feathers on back of neck, head and upper wings; rest of body is dark brown
• Nests in remote, undisturbed ledges of cliffs and large trees

Currently there are believed to be only 10 to 20 pairs in the province. 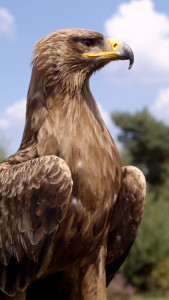