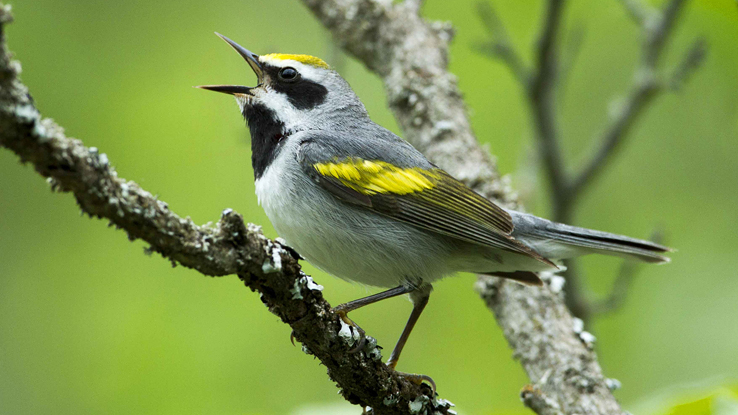 • Small grey songbird with white undersides, and distinctive yellow wing patches and forehead; male has black throat and black patch behind its eyes; female has same markings in grey
• Builds nest on the ground, where female lays two to six eggs
• Eats insects

• Found in southern Saskatchewan, Manitoba, Ontario and Quebec, as well as north-eastern United States
• Breeds in central-eastern Ontario, as far south as Lake Ontario and St. Lawrence River, and as far north as the northern edge of Georgian Bay; also found in Lake of the Woods area

• Federally protected under the Species at Risk Act, 2002 and under the Migratory Birds Convention Act, 1994

The golden-winged warbler, one of the fastest declining passerine species in North America, experienced a decline of 79 percent in Canada from 1996 to 2006.