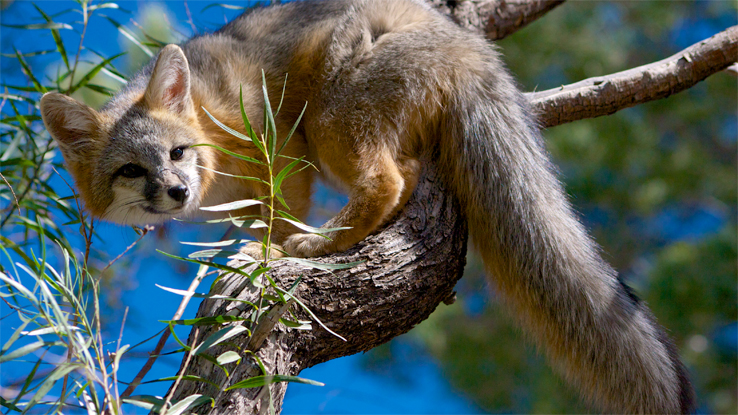 • Weigh up to 4.2 kilograms, and are approximately one metre long including the tail, which averages 37 centimetres
• Grey fur with light cinnamon coloured patches on its body; black tail tip
• Shorter legs and smaller snout than red fox

Fewer than 250 mature grey foxes are estimated to exist in Canada.