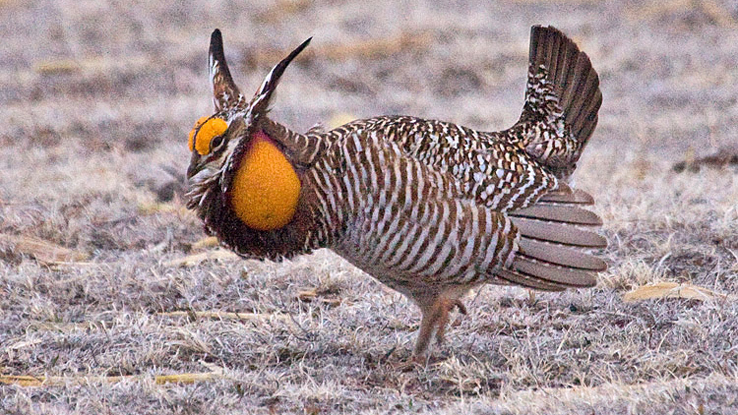 • No longer found in Canada, but still found in United States
• Once ranged from Alberta to Ontario, numbering in the millions
• Expanded into northwestern Ontario when land was cleared for agriculture in early 1900s
• Extirpated from Ontario by 1970s

The greater prairie-chicken is no longer found in Canada but can still be found in some parts of the United States.