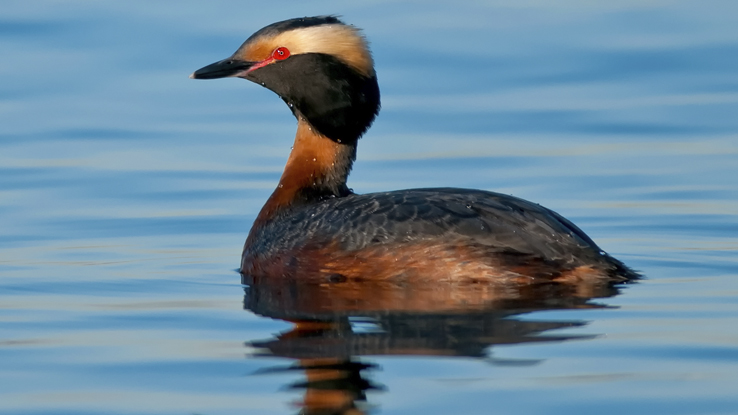 • Found across Eurasia and in North America
• In Canada, breeds mainly in all of the prairies, but also in British Columbia, the territories, northwestern Ontario and the Magdalen Islands
• Rare breeder in Ontario

Long-term trends (1970 to 2011) for horned grebe demonstrate a significant decline in Canada.