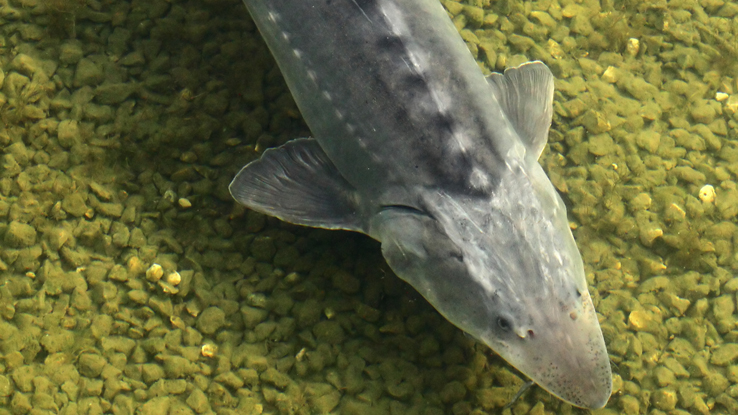 • Canada’s largest freshwater fish, weighing up to 181 kilograms and reaching over two metres in length long
• Can live more than 100 years
• Ancestral ties to species dating back 200 million years
• Body covered with large bony plates; has cartilage instead of bones
• Dark to light brown or grey on back and sides with lighter underside; extended snout with four whisker-like organs hanging near the mouth for bottom feeding
• Spawns in relatively shallow, fast-flowing water with gravel and boulders at the bottom and will spawn in deeper water where habitat is available

• In Ontario, rivers of the Hudson Bay basin, the Great Lakes basin and their major connecting waterways, including the St. Lawrence River 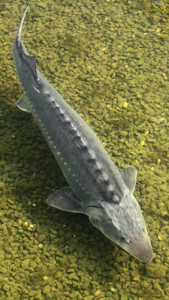