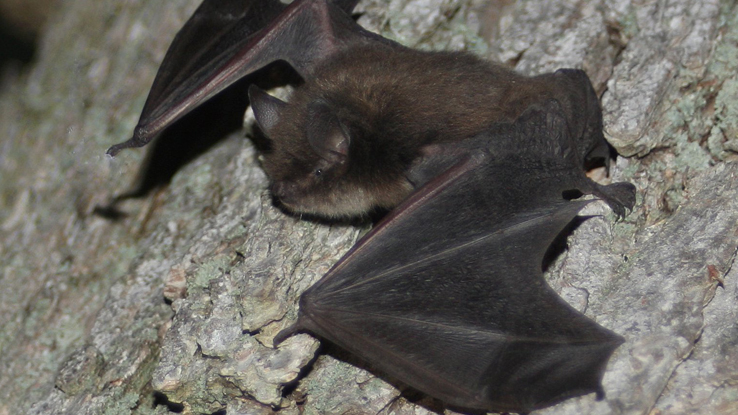 • Glossy brown fur
• Can be four to five centimetres long,  weighing four to 11 grams, with wingspan
of 22 to 27 centimetres
• Closely resembles northern myotis but distinguished by long, thin fleshy projection with rounded tip at opening of ears
• Hibernates from September / October, until April / June
• Nocturnal, most active during first three hours after sunset

• Found across Canada (except Nunavut) and most of the United States
• Widespread in southern Ontario, and found as far north as Moose Factory and Favourable Lake