Contaminated Sites to be Cleaned in Far North 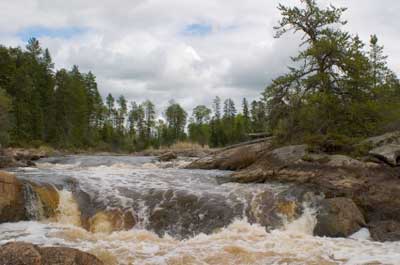 The Ontario Ministry of Natural Resources (MNR) has committed to cleaning up Cold War-era Mid-Canada Line (MCL) missile detection sites in the James Bay Lowlands of the province’s Far North – finally (see “Hidden health hazards,” Autumn 2008 issue of ON Nature). The federal Department of National Defence established these radar facilities between 1955 and 1965—a precursor to the Distant Early Warning (DEW) Line, which quickly rendered the MCL obsolete. More than 40 years later, 16 of the original 17 radar sites are still littered with over 40,000 rusted drums of petrochemicals and PCB-laden paints, as well as asbestos-based insulation and traces of mercury. In June, MNR announced that the remaining sites—including eight within Polar Bear Provincial Park—will be rehabilitated over the next six years as a part of Ontario’s newly tabled Far North Act.

For the Mushkegowuk Tribal Council, a collective of Cree First Nations in northern Ontario, the provincial government’s promise to rehabilitate the contaminated sites has been a long time coming. According to Mushkegowuk Environmental Research Centre (MERC) executive director Jennifer Simard, the known environmental hazards of the abandoned MCL sites were ignored until the mid-1980s; signs warning of contamination were eventually posted by MNR in 1992. Research conducted by MERC suggests that PCB contamination radiating from the sites have poisoned traditional Cree food sources, and Simard says no action was taken after a federal government study “found elevated levels of PCBs” in blood samples taken from area residents. “I am very happy that the clean-up will happen,” says Simard. “I hope that the people will be able to go back to the areas of the MCL sites and be able to drink the water, eat the food, and harvest the medicines without fear or health consequences.”

In 2001, Ontario completed an intensive rehabilitation of one MCL site at Fort Albany. After many years of negotiation, the June announcement confirmed that Ontario would contribute the lion’s share of the costs of cleaning up the remaining sites. The federal Department of National Defence, which transferred ownership of the sites back to the province in the 1960s, has pledged up to $30 million of the estimated $87 to $103 million project.