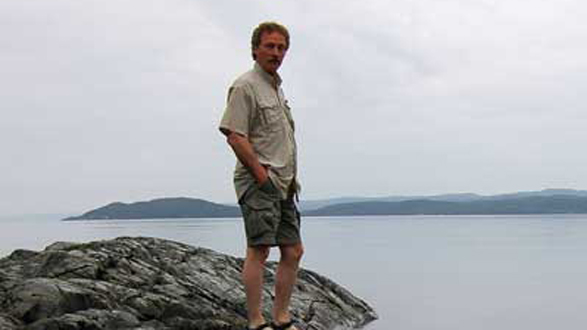 Joel Cooper can’t say enough about the big lake that looms just outside the patio doors of his modest year-round home near Wawa, Ontario. “Lake Superior has captured my imagination and dominates my life,” says Cooper, a retired Ontario Ministry of Natural Resources employee who lives on Michipicoten Bay and dedicates countless volunteer hours to environmental causes—including tracking the recovery of endangered peregrine falcons and being an active member of the Friends of Lake Superior Provincial Park. But Cooper’s voice—and those of his Citizens Concerned for Michipicoten Bay (www.ccmb.ca) colleagues and dozens of other environmentalists from across Canada—fell on deaf ears this summer when the Ontario Municipal Board (OMB) approved a lakeside aggregate quarry a few kilometres from his wave-washed front yard (www.omb.gov.on.ca/e%2Ddecisions/pl040025%2Djul%2D15%2D2009.pdf).

For seven years, Cooper and CCMB had been on the frontlines of efforts challenging a proposed aggregate quarry on Michipicoten Bay. The proponent, U.S.-owned Superior Aggregates Company (www.superioraggregates.com), convinced Wawa town council and the OMB that less than 20 local jobs generated from blasting rock scarcely 60 metres from the Lake Superior shoreline and shipping it on freighters to pave Michigan highways outweighed the environmental consequences of industrial development in the heart of 300 kilometres of wilderness coastline. After reflecting on the OMB decision, Cooper is convinced his group was dismissed because there was no effective means of expressing concerns related to invasive species, water quality, fisheries and ecotourism in the area. Essentially, Cooper says there is no “long-term vision for protecting Great Lakes shoreline.”

“One thing that became very clear in the OMB hearing was that the board’s interests ended at the water’s edge, [where municipal jurisdiction ends],” notes Cooper. “Lake Superior was an orphan.”

According to Cooper, Lake Superior needs a “policy or group that would set a vision for the shore and apply these ideals when reviewing development proposals.” This could be especially important in the future as there are concerns that the Wawa quarry could be a foot in the door for future development along the coast. In this regard, the California Coastal Commission (www.coastal.ca.gov), an independent state agency established in 1976 with a mandate to “protect, conserve, restore and enhance environmental and human-based resources of the California coast and ocean for environmentally sustainable and prudent use by current and future generations,” is perhaps North America’s most avant-garde shoreline protection framework—and a good place to start for the Great Lakes.

“The OMB decision indicated that the standard of ‘good planning’ had been met,” says Cooper. “But I think that Lake Superior and the other Great Lakes deserve more. They deserve great planning.”