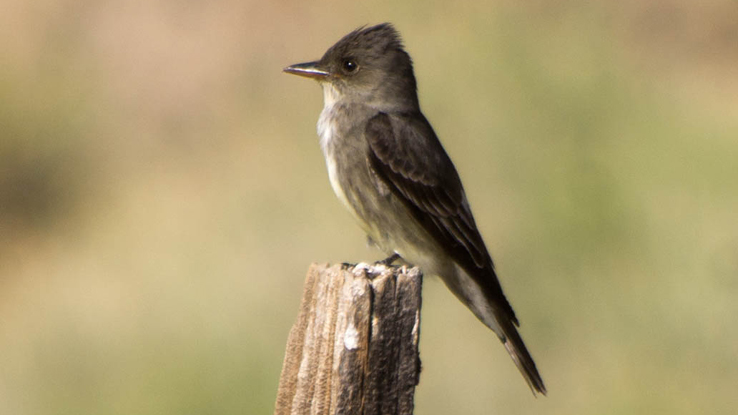 • Medium-sized songbird with deep brownish olive-grey feathers along sides and back
• Perches conspicuously at top of tall trees
• Has a loud, three note whistle that sounds like “quick, three beers”

• Breeds in every province and territory except Nunavut
• In Ontario, widely distributed throughout the central and northern areas

The olive-sided flycatcher has experienced a widespread and constant decline since 1960, with a 79 percent loss from 1968 to 2006.