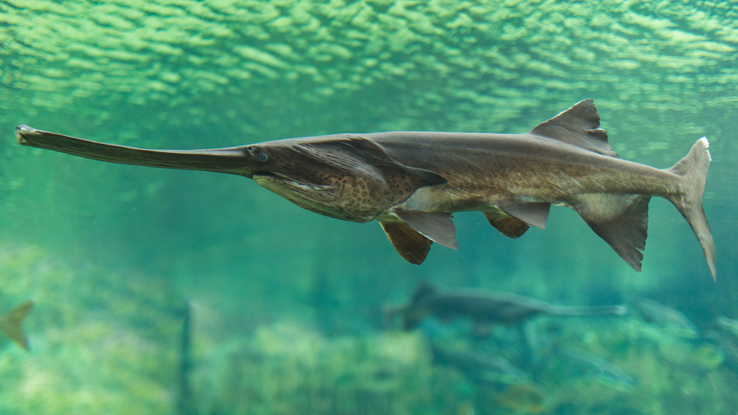 • One of the largest freshwater fish in North America and one of the most prehistoric fishes in Ontario, with records dating back 70-75 million years
• Thick, robust filter feeder with a long, paddle-like snout, and scale-less skin
• Closely related to sturgeons and sharks with skeleton that is mostly cartilage rather than bone
• Can live up to 30 years, reaching up to two metres or more in length and 68 kilograms in weight
• Lives in slow-moving sections of large rivers and lakes; migrates to fast flowing rivers with gravel bottoms to spawn

• Still found in the Mississippi River drainage system, from Montana to Louisiana
• Once inhabited inshore areas of Great Lakes and large tributary rivers
• Not seen in Canada for the last 70 years
• Last specimen captured in Ontario in 1917

The last captured specimen in Ontario was in 1917.