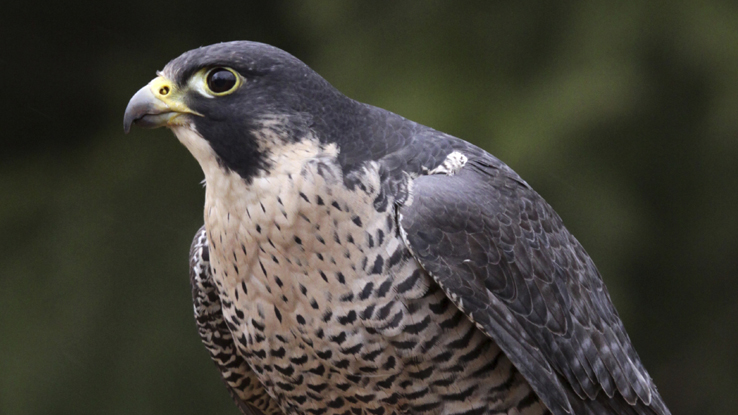 • Dives at speeds of up to 300 kilometres per hour, literally knocking its prey (birds) out of the air
• Distinctive black facial mask that resembles a helmet; black “moustache;”
• Bright yellow legs and feet; slate blue-grey back; whitish underparts with fine, dark barring on thighs and lower breast
• Usually nests on tall, steep cliff ledges adjacent to large water bodies, but some adapt to city life and raise young on ledges of tall buildings

Extirpated from Ontario in the 1960s, the peregrine falcon has increased steadily in numbers since the ban of DDT and reintroduction efforts.