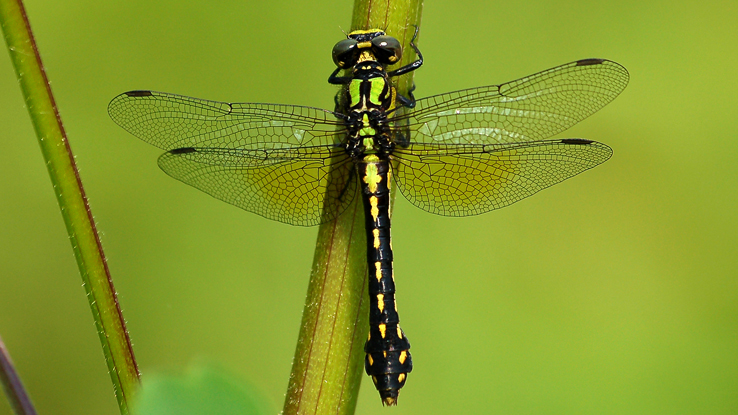 • Small dark brown and black dragonfly, with yellow markings on abdomen and bright green markings on thorax
• Larva found in large, fast flowing rivers with substrates of sand and gravel
• Rarely-seen adult live in forest canopy adjacent to the river where it lived as larva

The only known record of the pygmy snaketail was from the Namakan River in the Rainy River District in 2007.