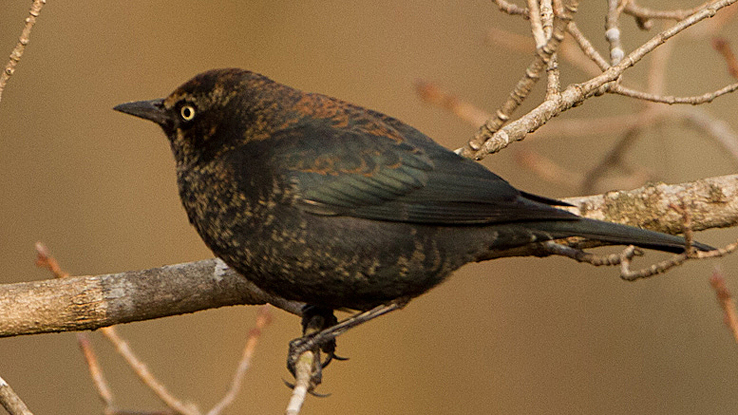 • Found in all provinces and territories, which represents 70 percent of North American breeding range
• Breeds across northern Ontario

• Not protected under the Species at Risk Act, 2002

The total population of rusty blackbird has declined by an estimated 85 percent since the 1960s.