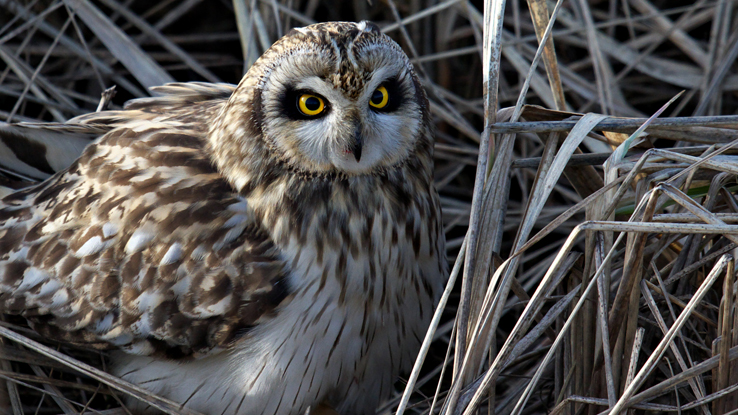 • Medium-sized owl with large round head; small tufts of feathers that look like ears; fairly long wings; short tail
• Well camouflaged: brown back and creamy-buff chest with brown streaks
• Mostly seen in flight during dawn and dusk
• Lives in open areas such as grasslands, marshes and tundra where it hunts for small mammals

• Breeds in all Canadian provinces and territories
• In northern Ontario, scattered distributions along the James Bay and Hudson Bay coastlines and Rainy River District
• Most northern populations are migratory, moving southward in winter

The short-eared owl population has declined by 23 percent in the last decade.