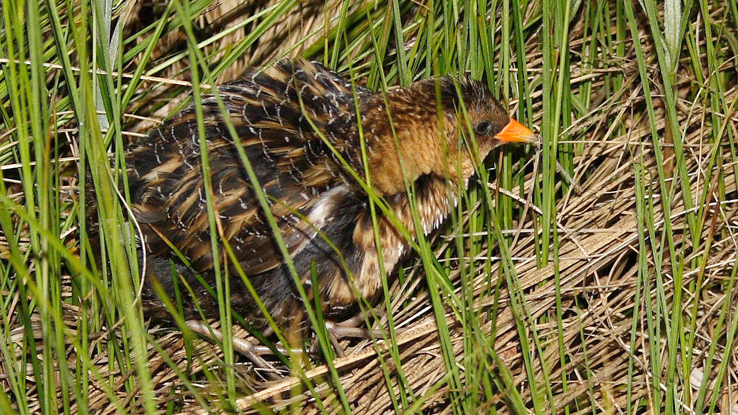 • Small quail-like marsh bird with short bill and tail
• Chest and face are buff-yellow; dark crown and dark stripe through its eyes; distinctive yellow and black streaks on back; white wing patch visible in flight
• Seldom seen, as it lives deep in the reeds and marshes of shallow wetlands
• Male makes distinct clicking sound during breeding season that resembles two pebbles being banged together

• Ranges across much of central Canada and parts of the northern United States
• In Ontario, found in Hudson Bay Lowlands region and some localized marshes in southern Ontario

There is evidence of local declines of yellow rail in several parts of its breeding range. 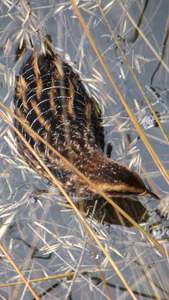