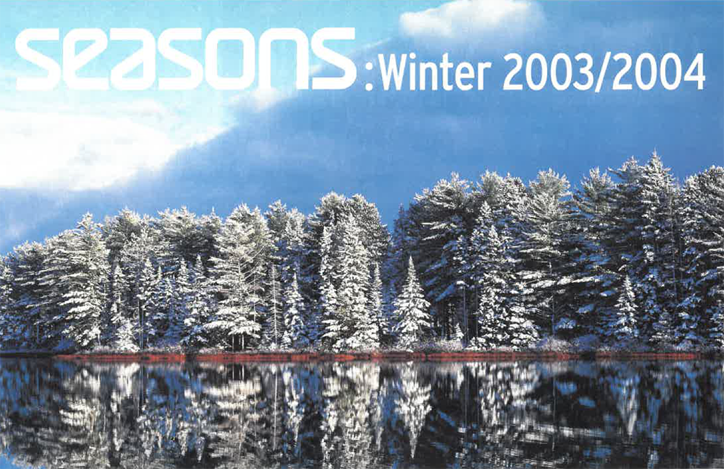 5 | This Issue
The Last Issue of Seasons: The name of the magazine is changing, but the content remains the same.
By Victoria Foote

15 | The Seasoned Pro
Elizabeth May’s Passion: The head of Sierra Club is one of the environment’s toughest advocates.
By Lisa Keller

On the cover
41 | Day One
The Owls of Winter: On Amherst Island, the birding season is just beginning.
By Peter Christie

46 | Endpoint
While the number of clearcuts in the boreal is restricted, their size isn’t.
By Jerry Demarco

18 | The Mighty French River
Explorers, traders, planners, even towns have all come and gone. The French River remains untamed.
By Douglas Hunter

22 | The Last Frontier
North of the boreal forest lies the tundra, one of the least populated areas in the western hemisphere, where half of Canada’s largest dozen rivers drain in leisurely majesty across the lowland.

24 | Birding in the Far North
By Glenn Coady

27 | The Trail of the Trickster
By Matthew Barron

30 | Finding the Flora
By Lorraine Johnson

32 | Adams Mine Redux?
Despite its many opponents, the contreversial mine site may yet be used for landfill. Looks like the battle isn’t over after all.
By Charlie Angus with files from Brit Griffin