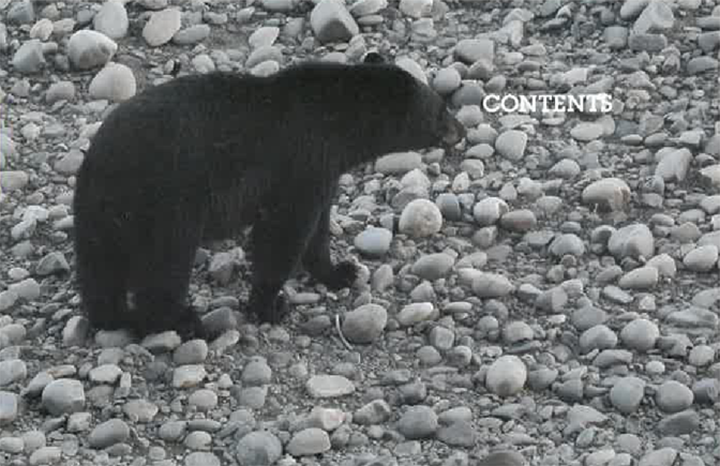 5 | This Issue
The diversity of life: Celebrating nature through action.
By Caroline Schultz

45 | In House
The many conservation successes of the Sydenham Field Naturalists.

46 | Last Word
Road Rage: We can save a lot of animals simply by not running over them.
By Joe Crowley

On the cover
18 | The Tiny Hunter
Inspired by the joy of biodiversity, a pioneering scientist discovered the rapids clubtail along the rivers of southern Ontario. Today, the species in the first of Edmund Murton Walker’s beloved dragonflies to be declared endangered.
By Peter Christie

24 | Why Fear the Bear?
Myth and misinformation have sullied the bruin’s reputation. In truth, the big mammal evolved as a prey species that learned to survive through caution and stealth.
By Conor Mihell

32 | Tree Huggers
Better air quality. Pollution control. Habitat for wildlife. These are just some of the reasons why a band of dedicated volunteers is determined to save your neighbourhood forest.
By Susan Grimbly

36 | City Lights
Disoriented by glare and reflective surfaces, millions of birds crash into office buildings every year. Now, conservationists and city planners are teaming up to create a safer urban environment for avian travellers.
By Brian Banks