September 1, 2004Written by ON Nature 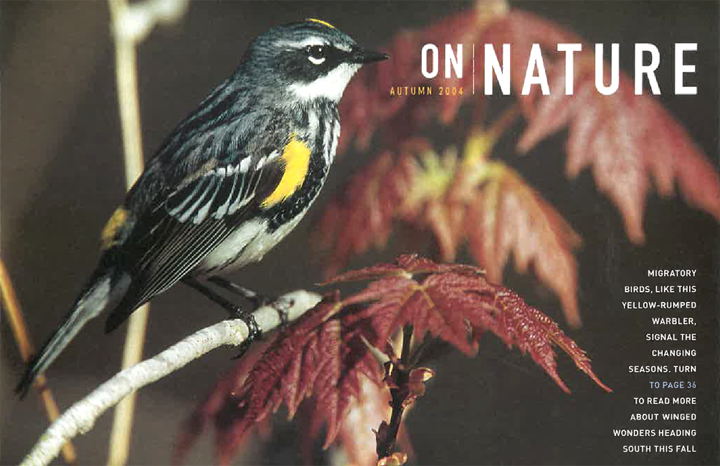 5 | This issue
A Fine Balance: Is there a meeting ground between environmentalists and the aggregate industry?
By Victoria Foote

15 | Profile
Man With a Plan: Superintendent Robin Reilly wants Quetico Provincial Park to be more than a remote paddling destination.
By Bruce Gillespie

36 | Urban Nature
Birding in the Big City: Find out when and where to go during the spectacular fall migration.
By Ted Cheskey

46 | Last Word
Come on in — True, we have lots of parks in Ontario. But did you know that they can be logged, mined and paved?
By Evan Ferrari and Jim Faught

On the cover
18 | 9,500 Holes and Counting
Pits and quarries pockmark our landscape, often in some of the province’s most sensitive habitats. Urban sprawl fuels the aggregate industry and the industry underpins urban sprawl.
By Ray Ford

24 | Last Stand
Little is left of southern Ontario’s grand old forests thanks to development, roads and large-scale agriculture. The provincial government must adopt a Greenway Strategy aimed at protecting our forests and keeping urban borders firm — before it’s too late.
By Helena Rusak

32 | The Hot Shots
The winners of the annual nature photo contest.