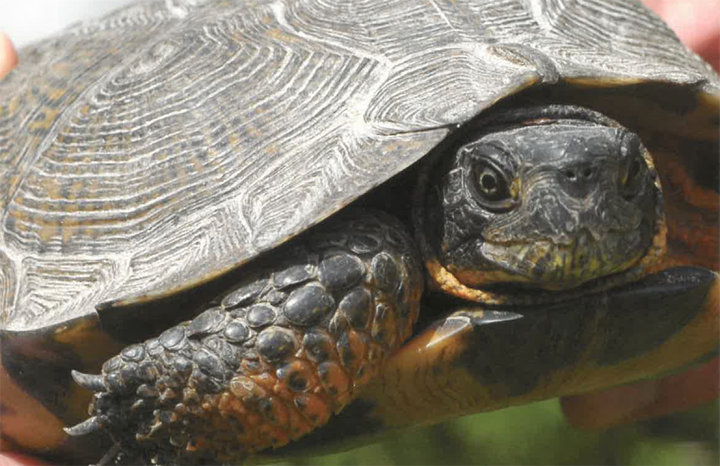 6 | This Issue
Looking to the Future: Passing on the conservation torch.
By Caroline Schultz

8 | Earth Watch
Ontario Nature’s fall birding hot spots: staff reveal their favourite places to witness the fall migration; farmers learn to live with at-risk species; who speaks for the environment in the upcoming election?; Peter Gilchrist, past president of Ontario Nature’s Board of Directors and champion birder.

24 | The Scent of a Turtle
Scientists turn to man’s best friend to help recovery efforts for one of our most endangered reptiles.
By Conor Mihell

On the cover
28 | Wild Child
Our Nature Guardians program sows the seeds for a new crop of environmentalists.
By Denis Seguin

32 | The Big Pit
When the Highland Companies announced pans to dig one of the largest quarries in North America a small but determined army of farmers, citizens and local politicians declared war. And, in the court of public opinion, they’re winning.
By Cecily Ross