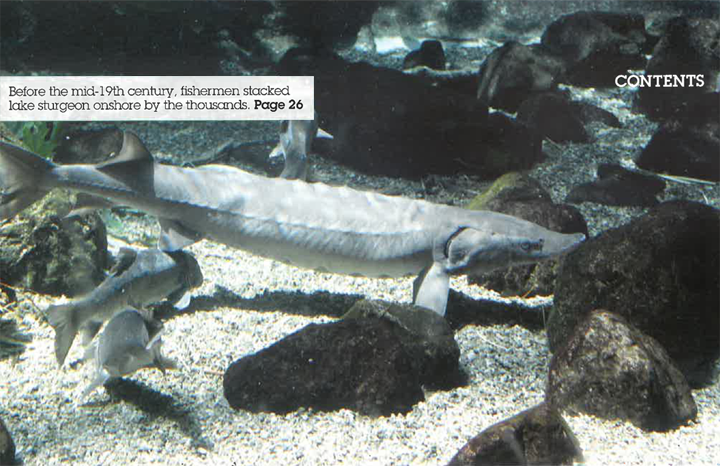 6 | This Issue
The Problem with Aggregates: Can we find a way to make highways green?
By Caroline Schultz

8 | Earth Watch
Peregrine falcons found at Malcolm Bluff Shores; how to nail the perfect picture; on the trail of creeping, crawling and slithering creatures; facing off against the emerald ash borer; a green economy for northern Ontario; First Nations community drafts a landmark watershed declaration.

42 | Last Word
Friend or Foe? Negotiating with former adversaries comes with a unique set of challenges.
By Julee Boan

On the cover
18 | Sprinter, Hunter, Player
Neither a glamorous creature nor a pest, the playful tiger beetle is an understudied insect despite its fascinating ways.
By Jean Godawa

22 | Our Town
Transition cities are sprouting up across the province as urban environmentalists prepare for the triple threat of rising energy costs, resource depletion and climate change.
By Ivor Tossell

26 | Here Be Giants
First overfishing, then hydro dams. Lake sturgeon, Ontario’s largest and longest-lived fish, now belongs to one of the most beleaguered groups of animals on the planet.
By Peter Christie

32 | The High Road
We used to toss bricks over the wall at each other. Now, in a groundbreaking alliance, the aggregate sector and conservation groups, led by Ontario Nature, make common cause on a green certification standard for gravel.
By Ray Ford