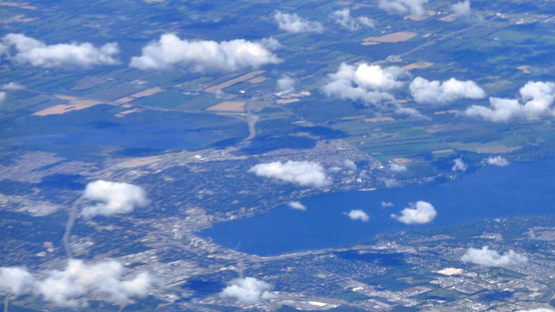 Re: “Urban sprawl leaps over the Greenbelt” (Earth Watch, Spring 2016)

I have just read “Urban Sprawl Leaps Over The Greenbelt” in the current (Spring 2016) issue of ON Nature. It is alarming. Midhurst is close to Barrie where I live and development is spreading in all directions from what were the boundaries of the City.

Unfortunately, Barrie, and it seems Midhurst are within commuting distance of Toronto. In the west and the south, especially, development is eating up prime farmland. Even in the three years I have lived here (recently transplanted from Northern Ontario), there have been more and more “development” projects setting up huge houses where fields and barns had been before. To the south (Mapleview exit from 400 Hwy), there is rampant development of shopping and businesses, accompanied by housing projects.

The seemingly unstoppable expansion into our farmland, some of the best in the world, can be controlled only by zoning legislation, from municipal and provincial governments. We must accept the fact that not everyone can have a monster-sized house. There have to be plans for higher density in the already developed areas. And for agriculture or greenbelt-designated areas in farming country.

I hope you will be able to use this letter and others like it for a presentation to the powers that control land development.

Letters to the EditorLetters - "Urban Sprawl Leaps Over The Greenbelt"