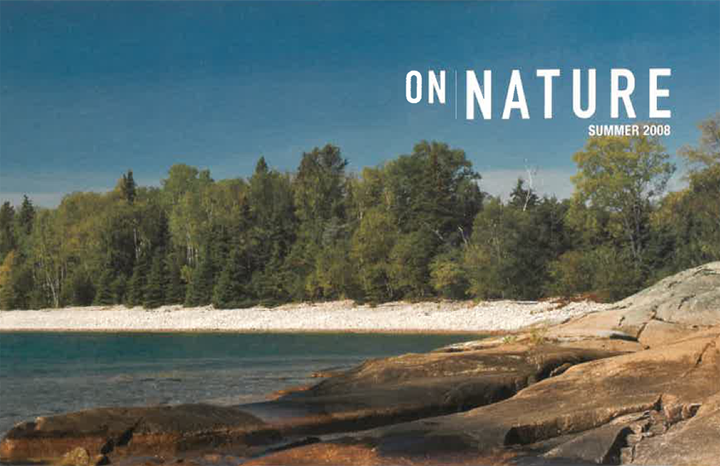 5 | This Issue
The Canada Warbler: One more species at risk.
By Victoria Foote

On the cover
36 | Urban Nature
The Butterfly Effect: How to turn your garden into an ecological oasis for winged jewels.
By Moira Farr

44 | Inside Ontario Nature
Friends of ON Nature; the Toronto Field Naturalists turn 85.

46 | Last Word
Environmentalists are fed up with ATV drivers and their passion for nature.
By Edward Keenan

18 | The Greatest Lake
When 10,000 square kilometres of Lake Superior became Canada’s first National Marine Conservation Area, environmentalists and paddlers cheered. But with all the fine print buried in its new status, the world’s largest protected freshwater area is far more vulnerable than many realize.
By Conor Mihell

24 | The Dark Side of Light
As our cities grow (and grow), people must travel further afield to gaze upon a starry sky. New research reveals that this is more than an inconvenience. Light pollution can be detrimental to plants, animals and even human health.
By Shannon Wilmot

30 | Roads to Ruin
The Province is poised to build a highway that will arc across the Niagara Peninsula, threatening sensitive ecosystems with car-oriented sprawl. Now a determined coalition of conservation groups is fighting back, demanding that the government honour its pledges to combat the causes of climate change.
By Tim Tiner