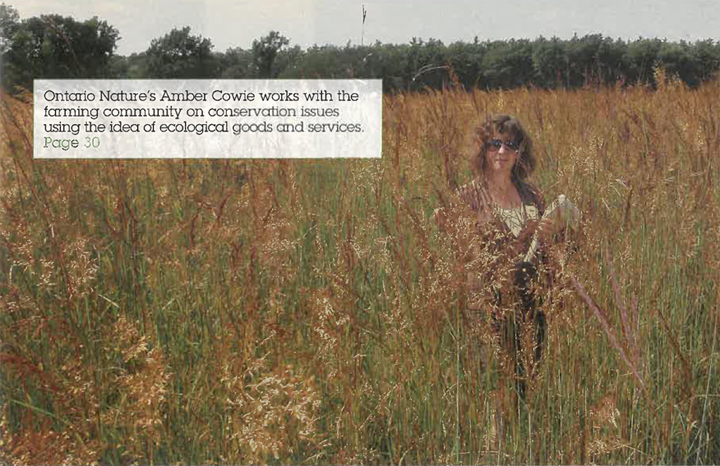 5 | This Issue
A cost-benefit analysis of biodiversity.
By Caroline Schultz

40 | Bird Watch
Whip-poor-will: Researchers are turning to new survey methods to help save a poorly understood species.
By Tim Tiner

18 | The Barcode of Life Project
At the Biodiversity Institute, scientists are using cutting-edge technology to catalogue every plant and animal on earth in what may be one of the world’s most ambitious biodiversity conservation initiatives.
By Paul Christopher Webster

On the cover
24 | Songs of the Bobolink
Small changes on farmlands could help reverse the steep decline of a grassland species whose joyous chorus once filled the air.
By Cecily Ross

30 | At Your Service
Can you put a price tag on the ecological functions—water filtration, clean air—provided by the good earth? Making the business case for nature.
By Conor Mihell

36 | Mother Nature Wants You
Tips from the pros on how to preserve and protect the wildlife in your neighbourhood.
By Allan Britnell