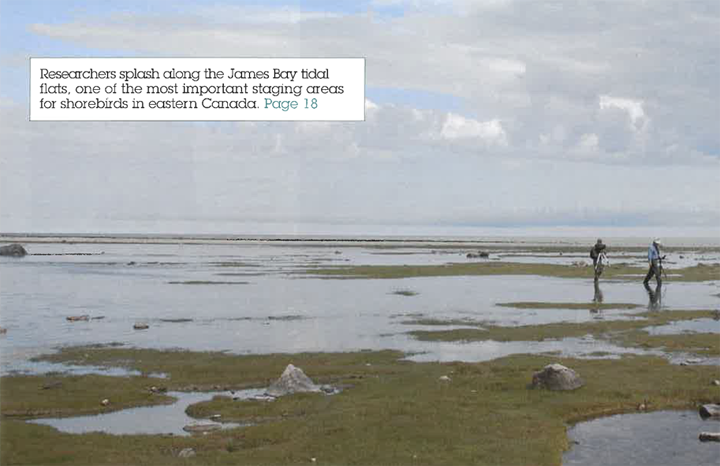 5 | This Issue
The power of partnerships: Working together for conservation.
By Caroline Schultz

38 | Bird Watch
Northern Bobwhite: What may be the last, viable population of the pint-sized wildfowl can be found on Walpole Island.
By Tim Tiner

18 | Sanctuary for Shorebirds
The glorious James Bay saltwater coastline is a bird-watchers’s paradise. But as the northern landscape hovers on the cusp of transformation, how much longer can this magical margin of the province withstand the dual threats of climate change and industry?
By Ray Ford

26 | Plight of the Bug Eaters
Why are birds that feed on insects disappearing? New findings point to answers that touch on a range of troubling environmental factors.
By Douglas Hunter

On the cover
32 | Secret Worlds
Intrepid conservation staff poke into the earth’s nooks and crannies in search of salamanders, frogs, turtles and other rarities. Welcome to the making of Ontario Nature’s Reptile and Amphibian Atlas.
By Peter Christie