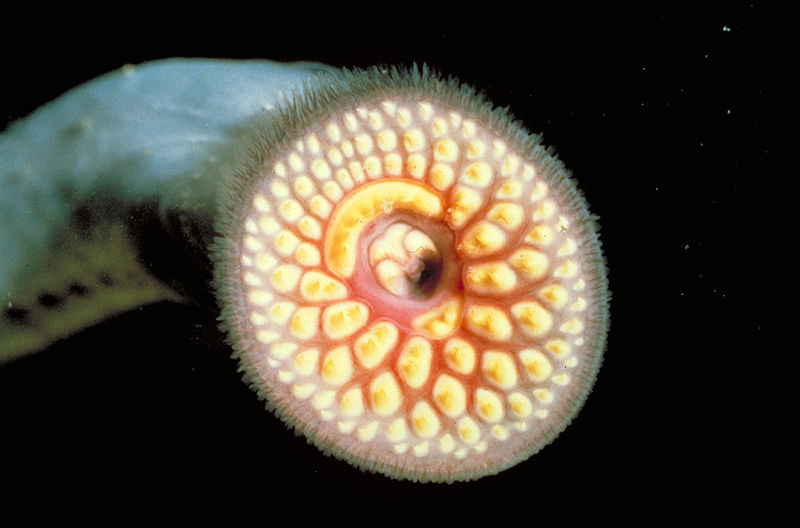 Re: “Letters – a rebuttal to a Randy Eshenroder’s May 17th sea lamprey letter”,

This is my second reply to Dr. Foster concerning his proposal to experimentally cut back on sea lamprey control in Lake Superior so as to allow for a natural equilibrium between the lamprey and its primary prey, lake trout. Here, I want to correct misstatements made by Dr. Foster (Letters to the Editor, June 13, 2016), discuss some problems in conducting such an experiment, and report on progress in launching a new research effort aimed at finding methods of allowing selective upstream and (or) downstream  passage of fishes.

First, in a paper published in 2014 in Transactions of the American Fisheries Society, I rebutted the “growing body of evidence” that the sea lamprey was native to Lakes Champlain and Ontario and certain other inland lakes in the state of New York. The claims that the sea lamprey was native to these waters and that an equilibrium must had existed between sea lamprey and the lake trout before settlement, turned out to be an overreach. This argument, that coexistence between lake trout and sea lamprey populations occurred repeatedly long ago, has been a seductive idea, but, for now, it awaits rejuvenation by its proponents.

Second, papers published as far back as 2003 by Julie Turgeon of Laval University made the case that the shortjaw cisco differentiated from an ancestral cisco within each lake of occurrence. Therefore, the concept, held formerly, that one lineage of shortjaw cisco inhabits a wide range across North America, as stated by Dr. Foster, is incorrect. This turnaround in thinking means that the shortjaw of Lake Superior will receive special consideration from a conservation standpoint, and its welfare will limit how many lamprey-producing streams could go untreated with lampricides. My earlier discussion of the interplay between the sea lamprey, lake trout, and ciscoes necessarily compressed a complex history. Readers curious concerning the cisco assemblages in each of the Great Lakes, their natural history and status, are directed to a monograph just published by the Great Lakes Fishery Commission https://www.glfc.org/pubs/misc/Ciscoes_of_the_Laurentian_Great_Lakes_and_Lake_Nipigon.pdf.

Dr. Foster proposes to forgo treating Lake Superior’s Black River as a first step in an attempt to achieve a lake-wide natural equilibrium between sea lampreys and lake trout. Ratcheting up the lake-wide sea lamprey population, even incrementally, would be a daunting experiment. After each incremental increase in the number of sea lamprey, the lake trout population would need to be given several generations to accommodate, basically a series of population sags followed (in theory) by recoveries. Lake trout in Lake Superior reach full maturity at age 10 and continue to reproduce until age 28. It would take 100 years to test two or three incremental increases in the number of sea lamprey. Each cycle of population sag and hoped-for recovery would exceed in time the professional lives of the senior biologists overseeing it. The status of the shortjaw cisco would have to be monitored closely and the fishery, which now takes fewer lake trout than the sea lamprey, would likely need to be inhibited to encourage the anticipated recoveries. I suspect that few, if any, biologists well experienced with these two species would expect the lake trout population to regain its former abundance in the face of an expanded sea lamprey population.

More whimsical is the concept that the sea lamprey, if released from treatment, would eventually become benign, as indicated by Dr. Foster’s reference to the now discredited studies in New York State. As noted in my earlier rebuttal to Dr. Foster (Letters to the Editor; May 17, 2016), in Lake Huron the sea lamprey, left uncontrolled, only moderated its abundance after it ran out of suitable prey. At this point Dr. Foster’s experiment leans towards the serendipitous. Before engaging further in advocacy, he needs to establish scientific credibility for his concept through journal publication, which would then allow for a more-factual debate of the uncertainties. Continued advocacy infused with outdated science is unlikely to result in an outcome that conservationists will look back on with satisfaction.

In my rebuttal in May to Dr. Foster, I noted that a major source of funding had just become available through the Great Lakes Restoration Initiative to support research aimed at how to block invasive species like sea lamprey from entering streams while not impeding passage of desirable fishes. Since then an expert has been hired to oversee the design of an instream facility for conducting studies under controlled conditions. The Boardman River’s Union Street Dam, located in Traverse City, Michigan, has been selected as the location. To carry out the project, the Commission is partnered with the municipal government of Traverse City, Michigan DNR, Grand Traverse Band of Ottawa and Chippewa Indians, U.S. Army Corps of Engineers, U.S. Fish and Wildlife Service, U.S. Geological Survey, Fisheries and Oceans Canada, Michigan State University, University of Guelph, Ontario Ministry of Natural Resources and Forestry, and state of New York. Nearly sixty scientists and engineers are being consulted to identify designs, and a research granting program will be launched once the facility becomes operational. Suppression of sea lampreys does have undesirable ecological effects, but a considerable effort is underway to find solutions that do not involve jeopardizing the recent success in rehabilitating Lake Superior’s top predator.