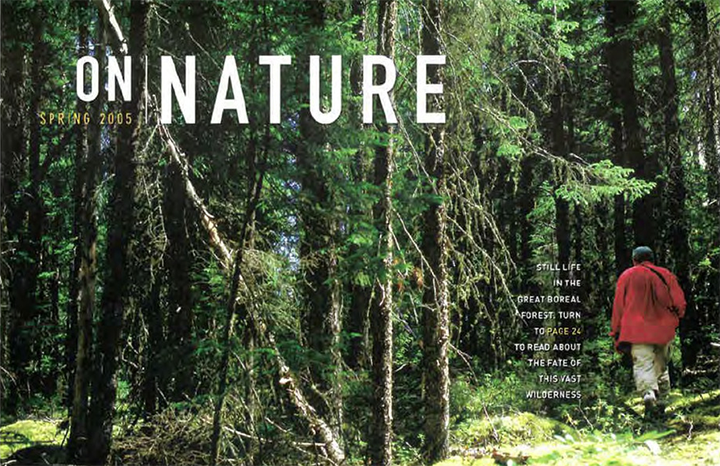 5 | This issue
One Big Contributor: Saying goodbye to Gregor Beck.
By Victoria Foote

15 | Profile
Miracle Worker—Absent for the province since the 1700’s, the trumpeter swan is back thanks to Harry Lumsden.
By Kevin Black

On the cover
18 | The Eagle Rises
Having teetered on the brink of local extinction for much of the last century, Ontario’s bald eagle is making a slow, but steady comeback thanks to tireless recovery efforts.
By Moira Farr

24 | The Road Ahead
Should not run through our northern boreal forest where it stretches unbroken across the top of the province and wilderness reigns supreme.
By Brad Cundiff

28 | Ontario’s Breeding Bird Atlas is Almost Here
Take 1,500-plus volunteers, more than 50 writers, a handful of project coordinators, and a shared passion for birds. The atlas is a door-stopper.
By Margaret Webb

32 | Cliff Hanger
Up or down? A first-time rock climber considers his limited options while scaling the Niagara Escarpment.
By Kevin Black